For links to restaurants, accommodations & travel info, see below. 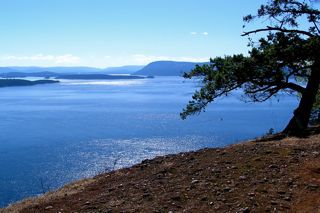 See the Pender Post for the most current Pender Events.

Film Series: Films are at the Community Hall (MAP 3) at 7:30 pm unless otherwise noted (Donation). Subscribe to the Hall's newsletter for movie listings. Films also at the Kraken Theatre at Port Browning.
Gulf Islands Concert Series concerts are at the School auditorium at 7:30 pm

Advance tickets for special events are typically sold at Talisman Books and Southridge Country Store. Concerts are at the Community Hall unless stated otherwise.

TRAVEL INFORMATION & LINKS
Ferries
Most travelers arrive on the Pender Islands via a BC Ferries vessel from the Victoria area (Swartz Bay) or Vancouver area (Tsawwassen). Phone: 1-888-BCFERRY; 250.381.5452.

To get from Washington State to the Victoria area, vehicle ferry options include the Washington State Ferry from Anacortes, WA to Sidney, BC (except in winter) and the Coho ferry from Port Angeles, WA to downtown Victoria. Passenger-only ferry options all arrive in downtown Victoria in the Inner Harbour and include Victoria Clipper  from Seattle, and Victoria-San Juan Cruises from Bellingham.

Pender Local's Ferry Schedule
Ferry travelers in the know keep updated as to the boats that handle a particular sailing, in order to plan which ferry to take and how early to arrive at the terminal. The Pender kiosk and/or Pender Island Realty may have locals schedules to give out. The BC Ferries website may list ferries where overloads are expected.

Customs
To cross from Canada to the U.S, passports are now required. For the most current information see the Canadian and U.S. customs websites.

Ground
Bus service between points in Vancouver and the Tsawwassen ferry terminal is provided by Pacific Coach Lines, or you can use the public Translink (bus and SkyTrain or new Canada Line). From Victoria airport a taxi is your best bet to get to Swartz Bay terminal. From downtown Victoria, take a taxi or use Victoria Regional Transit, Route 70. Rent a car at or near the airports or in Vancouver or Victoria. Try Avis, Budget, National, Hertz. No car rentals are available on Pender, however, Poets Cove guests can ask the concierge for availability of a van for rent by the day.

GOLF COURSE EVENTS Call the golf course at 629.6659 for course closures due to tournaments. Weekly events are as follows (call anyway as there may be room if there is a low turnout):
Every Tuesday: Ladies Day 9-1
Every Thursday: Mens Day 9-1
Note: Wednesday has been 2-for-1 day to promote course use on a slow day. Check for current status.